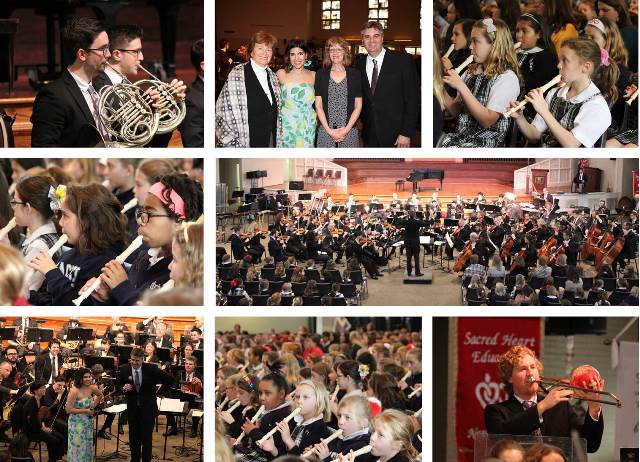 Third and fourth grade students at the Academy of the Sacred Heart performed with the Louisiana Philharmonic Orchestra during a concert held in the Nims Fine Arts Center on the school's campus on February 1 to promote music education and expose children to the wonders of the symphony orchestra. Under the direction of conductor David Torns, the concert was part of the Bob and Jeri Nims Young People's Concerts in which the LPO partners with Carnegie Hall's Link Up program to offer students the opportunity to perform with the LPO.

Sacred Heart students from ages one through fourth grade, as well as students from Holy Name of Jesus School, Stuart Hall School for Boys, and Sophie B. Wright Charter School, enjoyed the orchestra's hour-long program that featured jazz and classical music. The interactive concert allowed Sacred Heart third and fourth grade students to perform the recorder on several pieces while other students sang along.

"The LPO concert took us on a whirlwind trip of jazz history, music theory, and fun!” said Lower School Music Teacher Jodi McWilliams. “The interaction between conductor David Torn and the third and fourth grade performing on recorders was magic. From introducing the orchestra's sections, describing key elements of jazz music, and audience participation, everyone left the Nims Fine Arts Center with a smile. I am proud of my third and fourth grade musicians; it was a concert they will never forget!”

The Academy of the Sacred Heart held its annual Blood Drive on Wednesday, March 11, 2020 in honor of Shelby Ryan Leonhard, a Sacred Heart student who lost her battle with Non-Hodgkins Lymphoma in 2011. 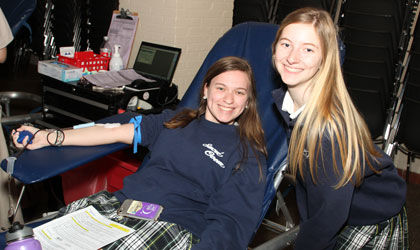 The Academy of the Sacred Heart hosted the ninth annual Shelby Leonhard Memorial Blood Drive in partnership with Ochsner Blood Bank on March 13. Co-chaired by Anjanette Bent and Michelle Janusa ... 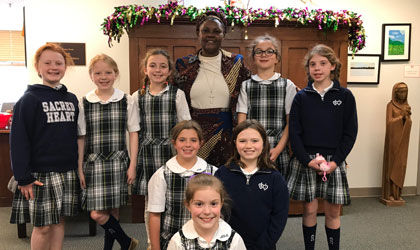 The Academy of the Sacred Heart recently welcomed Sr. Hilda Bamwine, RSCJ, who is the current Head of School at the Sacred Heart school in Uganda and Former Provincial of the Province of Africa.