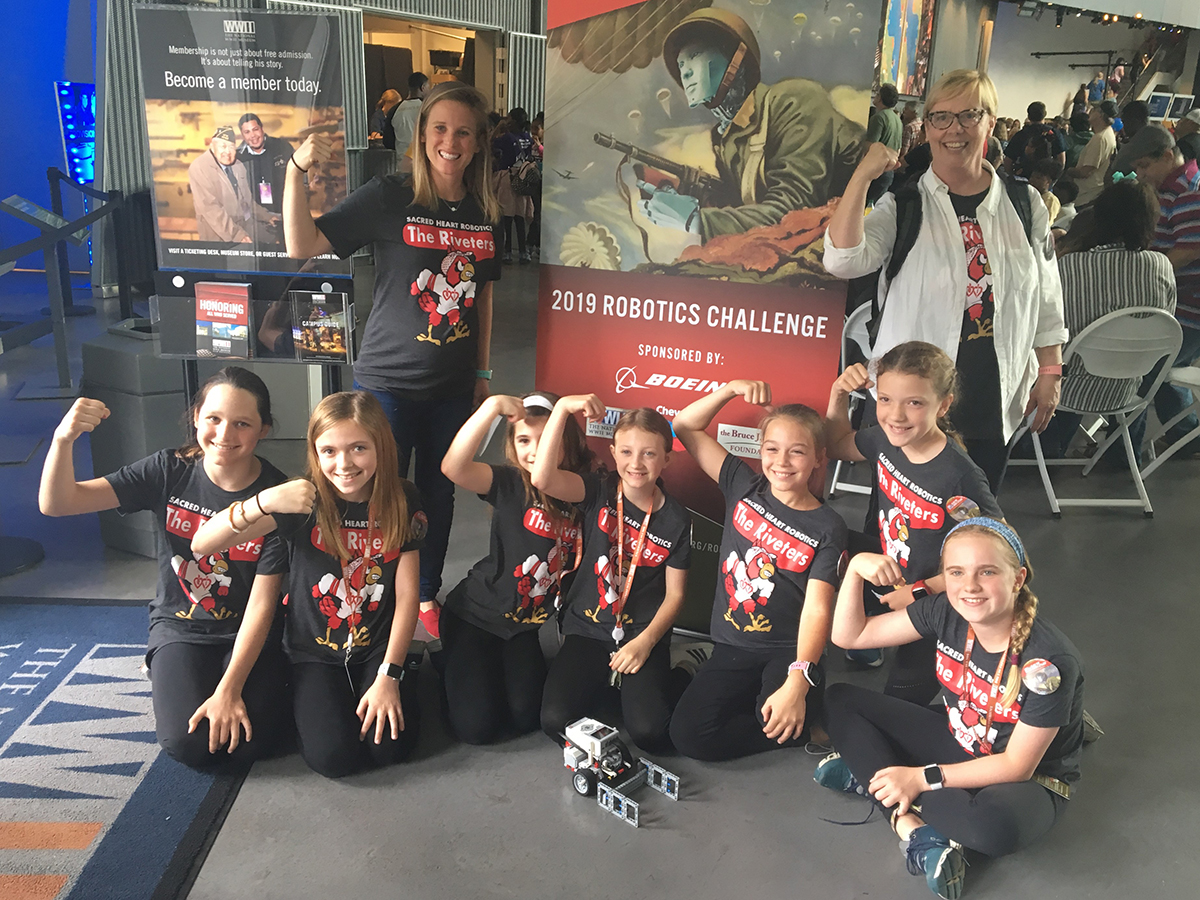 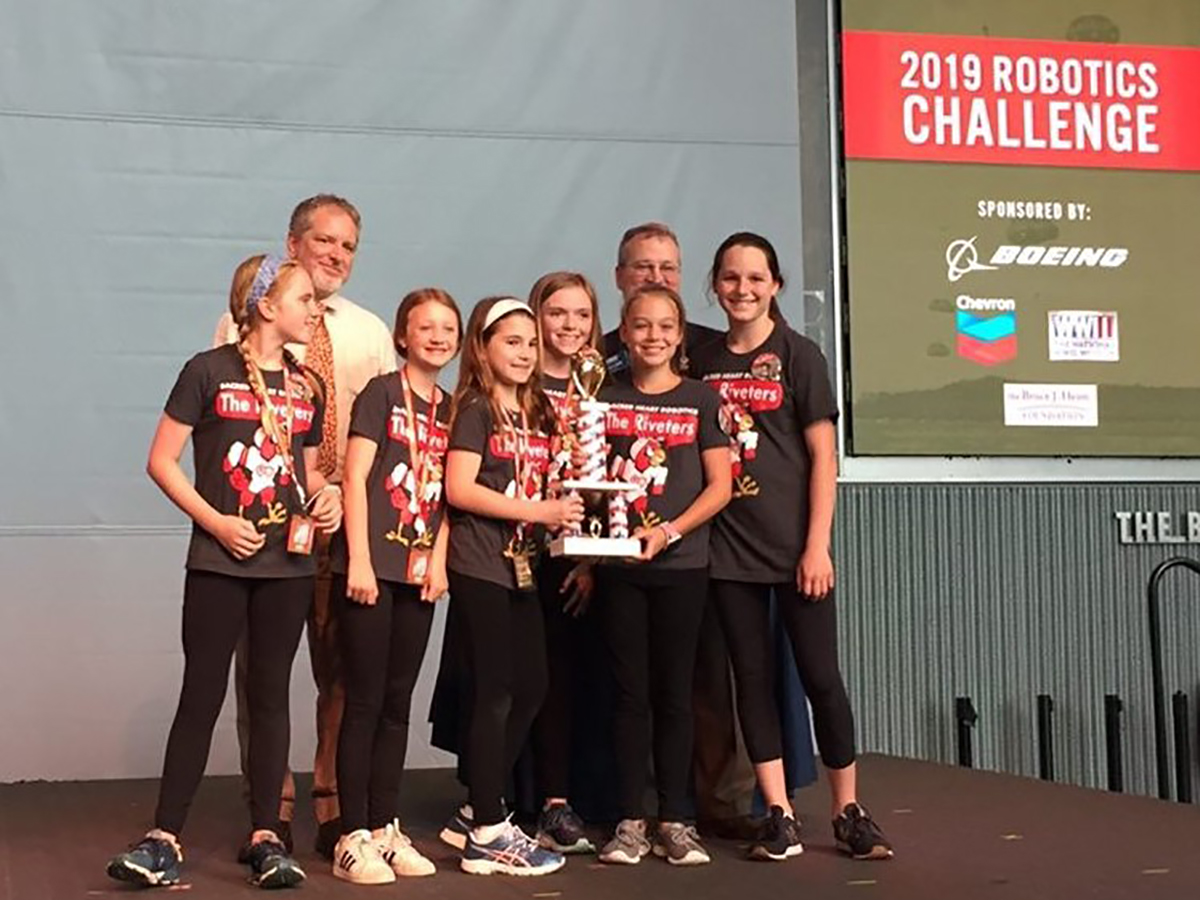 On May 11, a team of seven fifth and sixth grade students at Sacred Heart competed in The National WWII Museum Robotics Challenge. "The Riveters" joined 38 teams of fourth through eighth graders from across the Gulf Coast to complete tasks based on real-life scenarios from World War II, and at the end of the day, the Sacred Heart team was crowned grand champions. Focused on the enduring themes of innovation, teamwork, community, and cooperation, the competition provided an opportunity for students to develop 21st-century skills and participate in active problem solving.