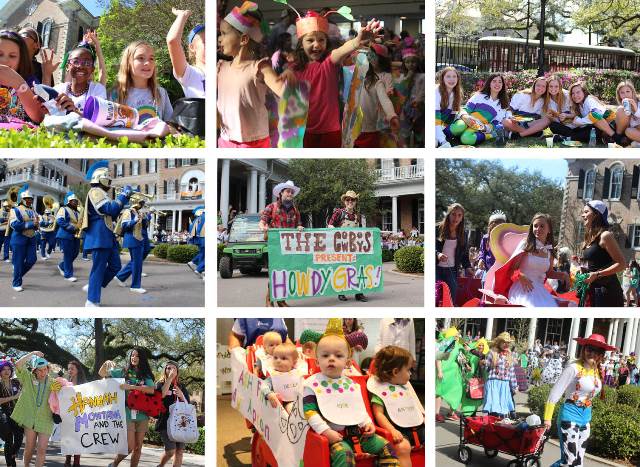 Throw me something, sister! On February 23, the Sacred Heart community spent the day mambo'ing down the avenue to celebrate the carnival season.

Little Hearts and Preschool students kicked off the fun with the annual Krewe of Smocks parade to the theme of "The World of Eric Carle," which celebrated the children's author and illustrator.

The culminating event occurred that afternoon when the whole school gathered in the front courtyard for the senior parade, the Krewe of Fluff. Led by the Sophie B. Wright Charter School marching band, the theme of this year's parade was "Howdy Gras," and Mr. Kenneth Hagans and Ms. Ashley Nolan reigned as king and queen.